While speaking with a mentor today, I recalled an article I had read:

Why French Parents Are Superior

I excerpt here some thoughts that I’ll want to remember down the line:

Yet the French have managed to be involved with their families without becoming obsessive. They assume that even good parents aren’t at the constant service of their children, and that there is no need to feel guilty about this. “For me, the evenings are for the parents,” one Parisian mother told me. “My daughter can be with us if she wants, but it’s adult time.” French parents want their kids to be stimulated, but not all the time. While some American toddlers are getting Mandarin tutors and preliteracy training, French kids are—by design—toddling around by themselves.

I’m hardly the first to point out that middle-class America has a parenting problem. This problem has been painstakingly diagnosed, critiqued and named: overparenting, hyperparenting, helicopter parenting, and my personal favorite, the kindergarchy. Nobody seems to like the relentless, unhappy pace of American parenting, least of all parents themselves.

The French, I found, seem to have a whole different framework for raising kids. When I asked French parents how they disciplined their children, it took them a few beats just to understand what I meant. “Ah, you mean how do we educate them?” they asked. “Discipline,” I soon realized, is a narrow, seldom-used notion that deals with punishment. Whereas “educating” (which has nothing to do with school) is something they imagined themselves to be doing all the time.

One of the keys to this education is the simple act of learning how to wait. It is why the French babies I meet mostly sleep through the night from two or three months old. Their parents don’t pick them up the second they start crying, allowing the babies to learn how to fall back asleep. It is also why French toddlers will sit happily at a restaurant. Rather than snacking all day like American children, they mostly have to wait until mealtime to eat. (French kids consistently have three meals a day and one snack around 4 p.m.)

Delphine said that she never set out specifically to teach her kids patience. But her family’s daily rituals are an ongoing apprenticeship in how to delay gratification. Delphine said that she sometimes bought Pauline candy. (Bonbons are on display in most bakeries.) But Pauline wasn’t allowed to eat the candy until that day’s snack, even if it meant waiting many hours.

When Pauline tried to interrupt our conversation, Delphine said, “Just wait two minutes, my little one. I’m in the middle of talking.” It was both very polite and very firm. I was struck both by how sweetly Delphine said it and by how certain she seemed that Pauline would obey her. Delphine was also teaching her kids a related skill: learning to play by themselves. “The most important thing is that he learns to be happy by himself,” she said of her son, Aubane.

It’s a skill that French mothers explicitly try to cultivate in their kids more than American mothers do. In a 2004 study on the parenting beliefs of college-educated mothers in the U.S. and France, the American moms said that encouraging one’s child to play alone was of average importance. But the French moms said it was very important.

American parents want their kids to be patient, of course. We encourage our kids to share, to wait their turn, to set the table and to practice the piano. But patience isn’t a skill that we hone quite as assiduously as French parents do. We tend to view whether kids are good at waiting as a matter of temperament. In our view, parents either luck out and get a child who waits well or they don’t.

French parents and caregivers find it hard to believe that we are so laissez-faire about this crucial ability. When I mentioned the topic at a dinner party in Paris, my French host launched into a story about the year he lived in Southern California.

He and his wife had befriended an American couple and decided to spend a weekend away with them in Santa Barbara. It was the first time they’d met each other’s kids, who ranged in age from about 7 to 15. Years later, they still remember how the American kids frequently interrupted the adults in midsentence. And there were no fixed mealtimes; the American kids just went to the refrigerator and took food whenever they wanted. To the French couple, it seemed like the American kids were in charge.

“What struck us, and bothered us, was that the parents never said ‘no,’ ” the husband said. The children did “n’importe quoi,” his wife added.

After a while, it struck me that most French descriptions of American kids include this phrase “n’importe quoi,” meaning “whatever” or “anything they like.” It suggests that the American kids don’t have firm boundaries, that their parents lack authority, and that anything goes. It’s the antithesis of the French ideal of the cadre, or frame, that French parents often talk about. Cadre means that kids have very firm limits about certain things—that’s the frame—and that the parents strictly enforce these. But inside thecadre, French parents entrust their kids with quite a lot of freedom and autonomy.

Authority is one of the most impressive parts of French parenting—and perhaps the toughest one to master. Many French parents I meet have an easy, calm authority with their children that I can only envy. Their kids actually listen to them. French children aren’t constantly dashing off, talking back, or engaging in prolonged negotiations.

I pointed out that I’d been scolding Leo for the last 20 minutes. Frédérique smiled. She said that I needed to make my “no” stronger and to really believe in it. The next time Leo tried to run outside the gate, I said “no” more sharply than usual. He left anyway. I followed and dragged him back. “You see?” I said. “It’s not possible.”

Frédérique smiled again and told me not to shout but rather to speak with more conviction. I was scared that I would terrify him. “Don’t worry,” Frederique said, urging me on.

Leo didn’t listen the next time either. But I gradually felt my “nos” coming from a more convincing place. They weren’t louder, but they were more self-assured. By the fourth try, when I was finally brimming with conviction, Leo approached the gate but—miraculously—didn’t open it. He looked back and eyed me warily. I widened my eyes and tried to look disapproving.

After about 10 minutes, Leo stopped trying to leave altogether. He seemed to forget about the gate and just played in the sandbox with the other kids. Soon Frédérique and I were chatting, with our legs stretched out in front of us. I was shocked that Leo suddenly viewed me as an authority figure.

“See that,” Frédérique said, not gloating. “It was your tone of voice.” She pointed out that Leo didn’t appear to be traumatized. For the moment—and possibly for the first time ever—he actually seemed like a French child.

—Adapted from “Bringing Up Bébé: One American Mother Discovers the Wisdom of French Parenting,” by Pamela Druckerman 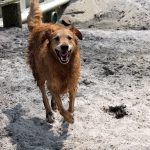 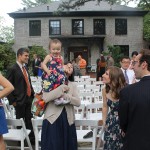 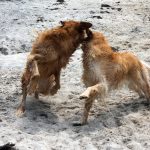