Situation recap: A 12-year-old posts a picture of herself holding a bottle of vodka with the caption, “I sure wish I could drink this.” Mom finds out and is not pleased, considering their discussions about responsible use of social media and potential repercussions. Mom considers taking away phone privileges (the vodka photo was posted via phone app) but decides it is not enough, as the child was thoroughly warned about appropriate and inappropriate photo-sharing. Instead, Mom requires child to post a photo of herself with a humbling statement: “Since I want to post photos of me holding liquor, I am obviously not ready for social media and will be taking a hiatus until I learn what I should (and) should not post. Bye-bye.” Thoughts:  Chris and I briefly discussed this incident. I understand critics’ concerns about  publicly embarrassing the child, but I think the effect really depends on the child’s temperament and that this type of disciplinary strategy is risky but can work. The mother knows her child, and she was careful to preserve the child’s anonymity; the child was never allowed a Facebook account. Chris believes the punishment is not terrible and that the mother’s intention was to deliver the message to the child’s photo-sharing audience, whoever had seen the vodka photo. It was probably not her intention to make the national news — but on the other hand, Mom did talk to the reporters.

Social media is going to be a parenting challenge, but Chris’s basic guidelines are “Don’t be edgy, don’t try to be cool.” We’ll just have to check on them to make sure they understand.

In any case, I agree with the mother about taking a hard stance as a parent:

The mother of three said that she wants to be their ‘mama, not their friend’ and will do everything she can to make sure they grow up to be productive members of society.

‘When it comes to my kids, I don’t play. This is a new age. We have to meet kids where they are,’ she said.

via Author ReShonda Tate Billingsley dishes out tough love to daughter, 12, over photos with alcohol on Facebook | Mail Online.

For the sake of counter-arguments, here’s an article with some input from critics: 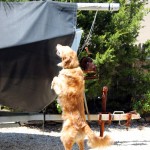 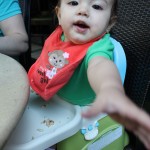