Hrm, then what have colic remedies been doing?

Could colic — bouts of frequent, inconsolable crying during an infant’s first months of life — be an early symptom of a migraine? A study out today is the latest to suggest that the two common pain conditions may be connected.

According to the study in the Journal of the American Medical Association, children diagnosed with migraine headaches were more likely to have experienced colic as infants (72.6%) than those who did not have migraine (26.5%).

And the increased odds existed for the two major migraine subtypes, as well: migraines preceded or accompanied by an “aura” — sensory warning symptoms such as flashes of light or blind spots (69.7%) and migraine without aura (73.9%). This association was not found for children with tension-type headaches (35%).

Researchers analyzed health records and questionnaires completed by parents for 208 children ages 6 to 18 who were diagnosed as having migraines and compared them with information on 471 kids and teens who were not. A comparison group of 120 children diagnosed with tension headaches also was studied.

A study published last year found that mothers who suffer from migraines are more than twice as likely to have babies with colic than mothers without a history of migraines.

Often thought of as a disorder of adulthood, migraine is “one of the most common causes of primary headaches in children,” according to the article, written by Silvia Romanello of the APHP-Hospital Robert Debré, Paris, and colleagues.

Much more than a headache, a migraine is a “brain condition that can produce a variety of neurological symptoms,” ranging from nausea and vomiting to sensitivity to light, sound, touch and smell, to dizziness and extreme fatigue, says Andrew Charles, a professor of neurology and director of the Headache Research and Treatment Program at UCLA School of Medicine. He was not involved in the new study.

“We’ve assumed for some time that colic was a gastrointestinal phenomenon, but in fact, that may not necessarily be true,” says Charles. “That’s one of the things that may surprise people about this study. It points out the possibility that this may be more of a brain issue than a gut issue.”

Brain chemicals that are also shared by the gastrointestinal tract may be involved, but the actual mechanism at work “remains quite a mystery,” he says.

Colic in infants may be early sign of migraine headache. 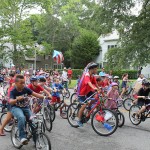 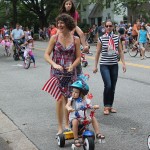 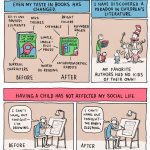