All the recent banter about whether moms “should” work is nuts. Obviously, approval depends on whether kids are better off one way or the other, and if America wants to install the necessary supports for working moms, it can. But it needs to get politics out of the way.

A large proportion of Americans, then, appear to have problems with working motherhood, but not with … working mothers. What does this mean? What message are respondents trying to convey to pollsters?

People’s answers vary substantially according to a mother’s life circumstances, ranging from truly overwhelming support for her work when she has good child care, likes her job and needs to earn money, to extremely meager support if her child care is bad, she doesn’t need money and/or doesn’t like her job.

The fact that most Americans do not have access to high-quality child care, Jacobs told me this week, undoubtedly plays a very large role in driving survey results that find that people in our country, despite their positive feelings toward contemporary women’s changed lives, remain highly ambivalent about two-income families.

The fact that American attitudes have evolved in this way – that we’re thinking clearly now about the problematic conditions in which working families muddle through their lives, and not continuing to obsessively focus on the good or bad “choices” that mothers make – means that we’ve conceivably reached a true turning point in our country. It means that – despite the seeming hopelessness of our fatally divided Congress — this could potentially be a very promising time to at least start a meaningful conversation about solutions and change. Universal public education for children under age five is on the table, with White House backing, for the first time since the very early 1970s. Two states – California and New Jersey — have paid family leave programs in operation; in the state of Washington, such a program is awaiting implementation, and a handful of other states are now exploring how they might provide paid leave as well. And there are a number of high-profile female members of the U.S. House and Senate eager to push forward a legislative agenda centered around improving the lives of American families.

Working parenthood does not have to be a painful, anxiety-and-guilt-inducing, seemingly intractable problem in our country. It’s only politics that makes it so.

via What People Really Think About Working Moms | TIME.com. 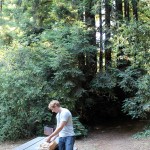 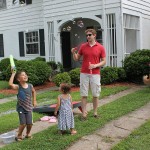 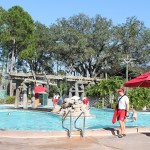