The first real snowfall of the season occurred a few days after New Year’s. Until then, Madeline had never truly experienced snow; she was only a bundled-up baby in a carrier the previous winter. I am thankful to be able to capture this moment in photo and film. Thank you, smartphone.

On the way to school, Madeline experienced snowfall for the first time (as a walking, talking person rather than a carry-dependent baby). She took it in slowly, shuffling through, surprised to find her tracks behind her, and occasionally dusting off the snow from her boots. We took a slow walk so she could play, and by the end she was all giggles, running through the snow. 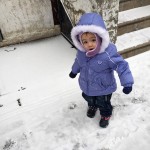 What is all this, Mama? 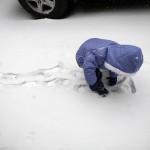 Footprints! How'd those get there?

THIS STUFF IS AWESOME!!!

One thought on “Madeline’s first snow” 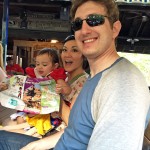 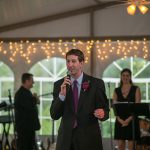 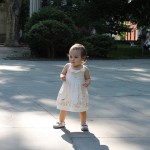